De Nieuwe Zaak started as a design and tech company in 2005, but now 'full-service digital commerce agency' would be a better description for the agency that's located in Zwolle, a city in the northeastern part of the Netherlands.
With multidisciplinary teams, the company brings together strategy, creation, technology and online marketing. "We rarely do single, standalone projects; our starting point is to help our customers taking the next step", director Jurriën Kerstholt says.
In a relatively short time, De Nieuwe Zaak went from four to about a hundred employees. The company's vision however remains unchanged. "We still start with focusing on the customer's need. Now, this is something almost every company claims, but you can clearly see this in all our projects we've done."
Kerstholt explains how the company works with personas and that they don't accept any standard web shop templates. "Starting with the customer behavior, we develop a design and after that, we integrate the technical solution, instead of doing this vice versa."

With so much knowledge under one roof, De Nieuwe Zaak can take care of all things: design, technology and marketing for the customer. "An increasing number of companies are looking for a single point of contact for all their digital commerce issues, but this isn't a must for us."
For example, the company has about thirty customers for which it only handles the marketing (strategy). There are also customers with a great IT team, that only seek for help from De Nieuwe Zaak for the more complicated IT infrastructure challenges.
All in all, the internet agency has about 65 customers. During the first years of existence, De Nieuwe Zaak was focusing completely on the B2C industry, with its self-developed software ecManager. But because of an increasing demand for an international platform with extensive standard B2B features, the company started working with Intershop in 2014. This broadened the scope to medium-sized and large B2B organizations. And since last year, Episerver has been included in its offer, so the Nieuwe Zaak can also help major brands with their online growth.

The results of including Intershop are clearly visible now

In recent years, De Nieuwe Zaak has invested heavily in product development and industry-specific knowledge. The collaboration with Intershop got a lot of attention in particular. "It was a strategic choice to offer this", Kerstholt says. The increasing demand came not only from new customers, but also from existing ones, they wanted to work with the platform. "Intershop is popular, because it offers a lot of possibilities and independent researchers have named them the best B2B software provider several times now."

For De Nieuwe Zaak this also was a major reason to go for Intershop. And the results of their strategic choice are becoming clearly visible now. About ten percent of their customers are using the digital commerce software, but the impact of this group is even bigger, as these are mostly the bigger players. "Four out of our eight biggest clients have chosen Intershop, which means the software accounts for a big share of our revenue. And now we can call ourselves true B2B commerce specialists."

We do everything in-house

The fact that Intershop and De Nieuwe Zaak are a good match is also shown by the fact the internet agency was named Intershop Partner of the Year several times. According to Kerstholt, the full-service approach has absolutely to do with this. The level of knowledge and the short lines of communication are also appreciated. "We do as much as possible in-house. For example, we have our own test room where we carry out A/B and conversions test continuously. And unlike many other agencies, we don't have a development team abroad, so we can keep all knowledge in-house."
To be able to meet the increasing demand for Intershop solutions in the future, De Nieuwe Zaak launched a training program in which it trains new IT talents to become Intershop Developers. This trajectory mainly focuses on people with a migrant background or people who are out of a job. "We could have chosen to retrain existing programmers, but good developers are already scarce, so that's why we prefer to train new talents."

The first training program will start shortly. The ten selected participants will be ready somewhere later this year. Some trainees will start working at customers of De Nieuwe Zaak after the training, and the remaining three or four trainees will work at De Nieuwe Zaak. According to Kerstholt, the new talents are more than welcome: "Not only are our customers getting bigger, we are growing as well, with at least twenty percent a year."

NEXT POST
Wunderman Thompson Commerce: "The US offers plenty of opportunities for Intershop"
PREVIOUS POST
Intershop goes to university 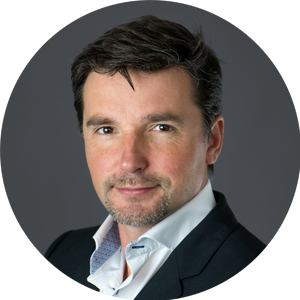 Head Of Partner Development at Intershop.

Popular Posts
Digitalization in the wholesale industry: challenges – benefits– strategies
by Gerrit Enthoven
IaaS, PaaS, SaaS: Cloud Computing Models for E-commerce with Examples
by Kanyasiri Panasahatham
B2B self-service portal: This is what you need to know
by Anke Bebber
When renting is better than buying- Product-as-a-Service in B2B
by Anke Bebber