By the end of march, it was time for the Shopping Awards, which are being recognized as one the most important prizes online retailers in the Netherlands can win. Twickto, Würth, PLUS, ZAMRO and De Bijenkorf were among the nominees, with ZAMRO and De Bijenkorf eventually ending as the best in their category.

De Bijenkorf also had a great evening. The Dutch department store won a jury award in the popular category 'Fashion & Lifestyle'. The high-end retailer managed to leave the other two nominees, G-Star and Wehkamp, behind. The jury praised the way in which De Bijenkorf applies personalization, including in the form of a personal gift that's added to an online order. Other key reasons are the personal styling team and the addition of thirty major fashion brands.

Four clients made it to the podium

Würth and PLUS also made it to the top 3 in their category, but for them, it ended there. Würth, which sells assembly and fastening materials online, was nominated in the same category as winner ZAMRO. But, just like that other nominee, Bidfood, Würth had to acknowledge ZAMRO's superiority. Still, Würth can be very proud of the fact they have been nominated in an entirely new category at the Shopping Awards.

Dutch supermarket PLUS was nominated for a jury award in the category 'food & personal care', just like two other supermarkets, DekaMarkt and online-only retailer Picnic. The latter won the award eventually, but Tamara Smith-Zonneveld, online e-commerce manager at PLUS, is still very proud of the nomination. "Three and a half years ago, we've started our journey to operate PLUS as a omnichannel business. We're still underway, and every day we are trying to do better. It's great to get such a nomination while we're still travelling."

The Shopping Awards are among the most prestigious awards for the online retail in the Netherlands. They are organized by retail organizations such as INretail, Thuiswinkel.org, Uneto-VNI, ANVR and the Verbond voor Verzekeraars, and supported by several media partners. 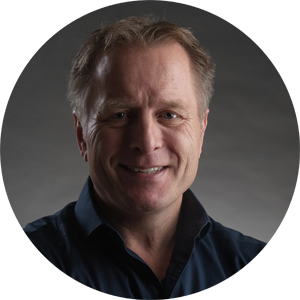 After graduating at the University Rotterdam and Nijenrode University in Strategic B2B Marketing, he has been in various account management and sales management positions at IT companies before moving into a European marketing leadership positions within the software-branche. He started and sold some business development and marketing organisations and has been reunited now with Gerrit Enthoven, a former Compaq colleague, to develop jointly the European market for Intershop.