Swedish wholesaler Martin & Servera raised the bar in their attempt to fulfill their customer’s needs: They connected the Google voice assistant to their e-commerce system, which is based on Intershop.

Kitchen staff are used to many sources of information coming together. Orders are called and notes stuck to panels – for those not used to it, it can be overwhelming. Even more so, products that need to be ordered from their suppliers are written down, too. From here, an idea was born.

A use case for voice commerce

Erik Hjort, e-commerce manager at Martin & Servera explains: ”We’ve had the idea for quite some time now. But when last year Google launched the Swedish voice assistant we really wanted to do a proof of concept based on a use case we’d identified: Needed kitchen supplies are often written on pieces of paper or on whiteboards, before being collected and ordered by the buyer. What if we could simplify that process with the Google assistant and get rid of the whiteboard and scraps?”

Within six weeks, the proof of concept was finalized. It included setting up the dialog flow and everything on the Google assistant side as well as integrating it with the Intershop Commerce Management, for a fixed number of hand-picked customers to run the tests with. After this initial period, the implementation for the official launch took another eight weeks, with focus on end to end security/authentification and scalability. There were some adjustments to the dialog necessary, too, to ensure a smooth user experience.

“We’re expecting new customers to join in the upcoming months”, Erik says. “The feedback is that it’s easy and fun to use. It matches a very specific need and really solves a problem – for what is called for really ends up as the right product in the e-commerce system!”

How does voice commerce work?

So far, the voice integration focuses on the one persona in the kitchen that wants to put something on the “to buy list”. The engineers therefore needed to train the Google Dialog Flow to pick up the product, as well as the unit and quantity phrases. In the next step, the user experience will be the focus of development, as well as fulfilling the needs of the second persona. The product that is “understood” from voice commands will soon be placed in a special shopping list, alongside suggestions, which are based on artificial intelligence and machine learning algorithms.

An example: The kitchen persona shouts “Order tomatoes!” and the phrase “tomatoes” is picked up by the Google assistant and put on the list. The buying persona will find all options of tomatoes prepared online, e.g., fresh tomatoes, fresh trusses of tomatoes, processed tomatoes etc.

The order can then be placed by the buyer persona in a “one-click-to-buy”, easy-to-use list.

So, will voice commerce become more than a trend in B2B? Erik has a clear opinion: “In our line of business it’s definitely a trend that we think is growing. We have even more use cases in the backlog that we want to try to implement with voice.” 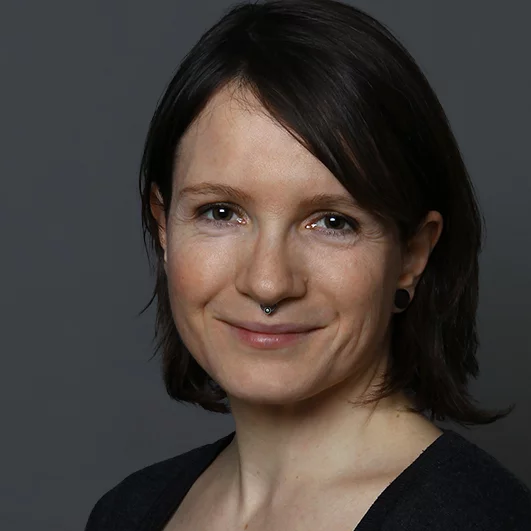